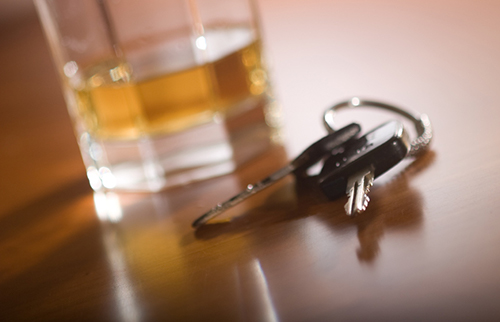 Whether you are under the influence or not, seeing the flashing red lights in the rear view mirror is something no motorist wants to see. If those lights ultimately lead to an arrest for driving while intoxicated or driving under the influence, DWI, you face serious consequences and penalties if convicted. A conviction for DWI can have a dramatic impact on every aspect of your life including your home, work, and even social life. If you have been charged with DWI, or another alcohol or drug related driving offense, you need an experienced, aggressive and committed DWI defense attorney on your side to protect your rights, prepare your defense, and limit the negative impact the arrest has on your life.

At the Law Offices of Adam M. Thompson, P.C., we provide individuals who have been charged with DWI in New York City with exceptional legal representation based on over two decades of experience defending those accused of a criminal offense. We also proudly represent clients throughout the State of New York, as well as New Jersey.

We have successfully defended thousands of people charged with serious crimes with outstanding results. Our DWI cases often result in the complete dismissal of all charges or reductions in the charges to lower offenses, many times resulting in a plea bargain with no criminal record. In fact, we have not lost a DWI trial in 20 years. Every client has either been acquitted or had their charges reduced. If you or a loved one has been arrested and charged with DWI, get help now and contact the Law Offices of Adam M. Thompson, P.C. by calling 855-497-2326, or filling out our online contact form. Our phones are answered 24 hours a day seven days a week to ensure that you can reach us when you need us.

If a driver under the age of 21 has a BAC of 0.02 percent or more, but not more than 0.07 percent, the driver will be charged with the traffic offense of "driving after having consumed alcohol".

If an underage driver has a BAC that is more than 0.05 percent but not more than 0.07 percent, the police will have the option of charging the individual with "driving while ability is impaired by alcohol" (DWAI).

If a driver under the age of 21 has a BAC of more than 0.07 percent but less than 0.08 percent the driver will be charged with the offense of "driving while ability is impaired by alcohol" (DWAI), and for those with a BAC of 0.08 percent or more, the charge will be "driving while intoxicated" (DWI).

For a driver who holds a commercial driver's license, or CDL, the BAC threshold is also lower. A motorist holding a CDL can be charged and convicted of DWI with a BAC of 0.04 percent or higher.

If convicted of DWI a driver faces a number of potential judicial and non-judicial penalties, including:

If convicted of DWI a driver faces a number of potential judicial and non-judicial penalties, including:

In addition to the above penalties, you could also face additional consequences and penalties for an alcohol related driving conviction, including:

Defenses to a DWI Charge

Although being arrested and charged with DWI is certainly a frightening experience, remember that being charged is not the same as being convicted. Each DWI arrest occurs under a unique set of facts and circumstances, meaning that no two cases will employ the exact same defense. There are, however, some common defenses to driving while intoxicated, including:

If you are facing driving while intoxicated or driving under the influence charges in New York City, or anywhere in New York State or New Jersey, you need the experience and dedication offered by the Law Offices of Adam M. Thompson, P.C. Contact our office now by calling 855-497-2326 or by filling out our online contact form for your free consultation.